Try for a Pi: New Assembla Users Entered to Win a Raspberry Pi 3

In a serendipitous series of events, we discovered that techies, developers, and non-technical project managers alike are describing another product in the same way they are describing Assembla!

The Raspberry Pi 3 is being met by raving reviews from users and tech experts – just like Assembla. We decided to celebrate our unlikely camaraderie by offering a Raspberry Pi 3 Kit prize to someone who tries Assembla between now and July 20, 2016.

Start a Trial now to be entered to win!

Assembla: Recent product improvements, like the Jenkins plugin, new ticket styles, and comments with superpowers have given development teams who use Assembla a project management solution that combines their task and code management in a way that is faster, better, harder, stronger!

Raspberry Pi 3: According to PCWorld, its new features “add up to a serious usability boost.” 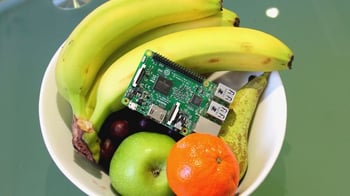 Assembla powers projects of all types from digital agencies that develop sites and apps for clients to dev teams that work on creating solutions within a specific industry: from gaming developers to healthcare companies.

TechRadar says the Raspberry Pi 3 “will power many more projects to come.”

Both solutions power up projects with their functionality, usability, and “a rich community of support.”